I am and have always been obsessed with American politics, American presidential politics, doubly so. I’ve read dozens of presidential biographies and autobiographies. I could pick all 44 of them out of a line up and tell you a few interesting facts about each. I’m properly obsessed with the personalities of each and every one of them. I even have a set of presidents made by the Marx toy company in the 60’s. My personal hero is Calvin Coolidge, who is literally the only man Will Rogers ever met and didn’t like.

In past cycles, I’ve posted political blog posts here including my manifesto. However, this election cycle has left me so disgusted that I haven’t said or shared anything outside of the safety of my living room. It’s one of those “if you don’t have anything nice to say” situations. I know sharing my opinions on Facebook won’t change yours and is likely to either hurt your feelings or cause you to say something to hurt mine.

People who drag out the old “lesser of two evils” gripe have always pissed me off. In most election cycles, there are two, or more, extremely qualified candidates who survive the trial by fire of their party’s nominating process. I bitched openly and often about a recent president, but my complaints were about his policies, not his ability or his pedigree. I have had the great fortune, as most of you have, of standing in a voting booth and knowing either option would be a good steward of the presidency and of the country. This year, though, is the first time I’ve had a concern that one of the “two evils” might actually be evil.

This all got me to thinking about why it doesn’t really matter.

The founding fathers will protect us. One of the great things about our constitution is that it created a government that can’t be dominated by a single person or even a single party. We’re built for dysfunction. There are three branches of government with three very separate functions. The primary purpose of each is to either validate the others or prevent the others from growing too powerful. One of the branches, the Congress, is itself divided into two houses made up of elected representatives from all over the country each with their own agenda. The only way Congress can accomplish its one function (to create laws) is for a majority of representatives from each house to agree and then for both houses to agree with each other. What’s even more dysfunctional is that right now, the majority party in control of both houses of Congress, believes most governance should not be done at the federal level.

Your vote is worthless. In case you didn’t already know, you live in a voting district that was created to ensure the victory of a single party in every election. That sentence is true no matter where you live in the country. Yes, your red district used to be blue, and will one day be blue again. By that time, the lines will have been redrawn at least two more times to try and keep it red. Unless you’re drawing out congressional districts, you are powerless in choosing your Congressman. Senators are chosen at a statewide level. State political allegiances change very gradually over decades from red to blue to red to blue. If you’re over forty and live in the South, you’ve watched an entire region of the country go from blue to red, and some of it is now beginning the gradual move back to blue. Unless you live in a state with a small and gullible population, I’m looking at you Montana, your one vote and your opinion won’t accomplish anything. Finally, despite what you may think, Presidents are not elected through popular votes. They are elected by the electoral college. When you vote, you are technically helping select the electors from your Congressional district and state (see above for why that doesn’t matter), and those electors can vote for whomever they darn well please.

Make America The Same Again.  The state of American politics has always, always been just as ugly, dirty and loathsome as it is today. The parties have always vilified each other. Every president has been openly despised and ridiculed by the “other” party. Only during times of national crisis do the branches work together. And even then it’s only ever long enough to start a war. Once fighting commences, they go back to hating each other, unless one party has the decency to secede entirely from the union. Many of our leaders have been deplorable human beings. Our founding fathers sat in a hot room and did the math on the value of a human being who is owned by another human being (spoiler, the solution is 3/4 of a human being). Once, for 140 years, women couldn’t vote at all because men said so. Many of our presidents cheated on their wives, but Warren Harding went so far as to write his mistress letters about his penis and probably fathered a child with her. Richard Nixon’s long national nightmare ended in resignation. The things Bill Clinton did should be restricted to the realm of presidential fan-fic. There were no good old days. This is literally as good as it gets. And nothing you do will change that.

Let’s go back to pretending our differences don’t matter. I have friends… Well, I have Facebook friends, who support Trump or who support Sanders or who support Clinton or who don’t care at all. I like those people. All of them. That’s why, despite my passion, I haven’t ranted long and hard about this disaster of an election year. Do I wish we had better candidates? Yes. Do I wish I could explain why I disagree with your choice and maybe even change your mind with my wicked logic? Of course I do. Do I wish Donald Trump would go away and let someone more experienced, presidential and less divisive take his place? Duh. Do I wish we could cede all governmental power to IBM’s Watson? Yes, yes I do. But it’s not going to happen.

What i’m saying is it’s okay to be passionate, but don’t expect to change the world… and don’t be a dick.

Jimmy Kimmel is trending on the interwebs because he cried while talking about the killing of Cecil the Lion. (Take a minute to Google Cecil if you need to catch up. I’ll be here when you get back.)

I read an angry thread on Facebook from someone who was super pissed that Jimmy Kimmel cried about a lion, but didn’t cry for… then proceeded to list all the sad things in the world that Jimmy Kimmel must also now be required to cry about. (Side note, some of the items on the list weren’t sad but just political things the poster finds offensive.) The argument is that if Jimmy Kimmel cries about a lion, he must also be required to cry about everything everyone else finds important.

This sort of thing comes up any time the President does ANYTHING. The White House was lit in rainbow colors after the Obergefell v Hodges (marriage equality) ruling from the Supreme Court on June 25. This was followed several days later by angry posts decrying that the White House wasn’t lit in Red, White and Blue for Independence Day. Really? It’s the White House. It’s very existence is a celebration of our Independence. The President doesn’t need to shoot bottle rockets from the roof for us to know he’s not the Queen of England.

The world where 7.3 billion people cry in unison because of an undercover Planned Parenthood video isn’t a world I’d want to live in. The world where 196 capitol buildings are lit in the colors of what we all agree to celebrate (bad news Christians, but Christmas probably wouldn’t make the list if we ALL have to agree) isn’t a world I’d want to be part of. The world where we can only discuss the small list of items we all agree to be inoffensive sounds to me like a most offensive world.

I say be passionate about the things your passionate about, don’t care about the things you don’t care about, and stop pretending to be mad all the time about things that probably don’t really bother you at all. Yes, your trumped up (Trumped?) anger got you noticed. Yes, your stupid rant trended. But in the grand scheme, what of value did you bring into the world? Was your opinion worth sharing or did you simply shine a light on your ignorance in a public place?

I’ve been hesitant to share my opinions via Facebook on a range of topics because the commentary that follows is always such a beating. I’ve concealed my passion to avoid your judgement. But you know what? Screw that! Here’s some stuff I’m thinking about:

As a child, my hobbies and heroes were pixelated.
Decades later, my interests are the same, but the graphics have upgraded.

The most curious thing I’ve noticed as I pass through my middle years
Isn’t the hair growing on my shoulders, but the ones growing out of my ears.

The speaker showed without doubt
That he’s confident talking to people
On topics he knows nothing about.

I once worked at Rent A Center.
Delivered stuff in the cold and bitter.
My boss was a twit.
I decided to quit.
Now I stay indoors in the Winter. 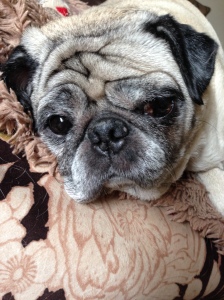 poop in a room you don’t use.
They won’t wake you up. They’ll go while you snooze.

He’s the least fun person that you’ll ever happen to meet.
He spends casual day with dress shoes on his feet.
He doesn’t dance and never sings.
He does not like social things.
He’s got no beat.
He finds himself alone at last.
He knows the day is finally passed.
He turns the music up, kicks the shoes off his feet.
He’s the most fun person that you’ll never happen to meet.

Some things need to change
I want everyone to know.
I’m pro-GMO.

Stuff I blog about

Recollections 54 The Art of David Tripp

nicole sundays - growing up but make it tragic humor

brought to you by Cheez-Its and crippling despair

Part time actor, aspiring writer of poetry and prose and full-time idiot with a heart.

where would-be writer works with words

Thoughts of the Fallen

A collection of nonsensical words thrown together

postcards of the hanging

We've all got a story to tell.

I write books--cuz I love words. Sometimes they love me back.

WITHIN ARE PIECES OF ME

Gotta Find a Home
I'm Too Stupid to Travel

A travel blog for those of us who get lost, stay lost, and make poor decisions throughout.

The League of Mental Men!

A Satirical Word In Your Shell-Like Ear

Life Inside My Head

Random bits of nonsense, hurling thru cyber-space at the speed of thought.

The Frank Diary of Anna

What to do with all these ideas, memories, and opinions that compete for prescence in my conscience?

A Day In the Life Of A Cloud